Friday 1 September is Wattle Day. Celebrated for more than a century on this date, Wattle Day has encouraged generations to identify with the unique aspects of Australia that sets the nation apart from other nations, especially the Mother Country.

The symbol was first used in 1899 when Victorian field naturalist Archibald Campbell formed the Wattle Club. Campbell went on to advocate that Wattle Day be declared an annual event. Melbourne first celebrated Wattle Day on 1 September 1908, and by 1910 Wattle Day was also celebrated in Sydney and Adelaide. 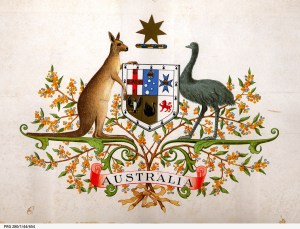 Soon after wattle was officially introduced to representations of the Commonwealth coat-of-arms, and in 1913 the first wattle blossom stamp was issued.

On 19 August 1988, the wattle was officially proclaimed as Australia’s national floral emblem, and four years later on 23 June 1992 the (then) Governor-General of Australia Bill Hayden declared that 1 September in each year would, ‘be observed as National Wattle Day throughout Australia and in the external Territories of Australia.’

Wattle Day is still observed throughout Australia, albeit without as much fanfare as in the past. 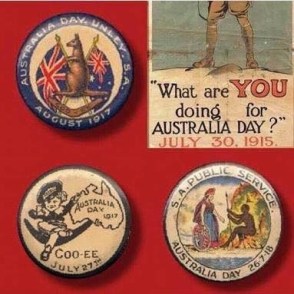 The observance of Australia Day on 26 January, however, is much more recent.

For many decades it was Foundation Day that was celebrated on 26 January, indeed in 1915 Australia Day was observed on 30 July, in order to promote patriotism and raise funds for the war effort.

Empire Day was introduced nationally in 1905 to provide an occasion to demonstrate patriotic zeal. It was observed on Queen Victoria’s birthday 24 May.

Not until 1935 did all Australian states and territories begin to use the name Australia Day, albeit observing the occasion on different dates.

Admittedly celebrating Australia Day on 26 January does offer a book-end to summer, as well as a commercial opportunity to market the national flag in many forms, including as stubby holders, caps, sunglasses, etc.

But perhaps it’s timely to start considering the many other days in our history that could be adopted to celebrate who we are as Australians?

One option is Wattle Day.