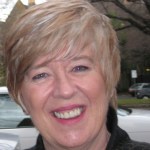 An online talk by Mary Sheehan (hosted by SHAPS, University of Melbourne), November 2021

Pandemics have always been more than just a medical problem, for they also highlight societal inequalities. Socioeconomic status and ethnic backgrounds have a profound effect on who gets sick, who dies, and who survives – often with long-term health consequences.

The impact of the 1918–1920 influenza pandemic globally is often told in statistical terms, with an emphasis placed on the high levels of mortality among young males – a tragedy heightened by the deaths of so many combatants during World War One. But what effect did the pandemic have on women, especially those who survived? How did women in the poorer working class suburbs eke out a living and, for the more fortunate, manage to survive?

This paper considers the effects of Spanish influenza in Melbourne. It is the result of burrowing down multiple rabbit holes to catch a glimpse of the effects the event had on women, in particular those in the working class suburbs of Melbourne.

Mary Sheehan is a doctoral candidate in the History Program at the University of Melbourne. Her thesis focuses on the social history of the Spanish influenza pandemic and its effects on Melbourne society in 1919.